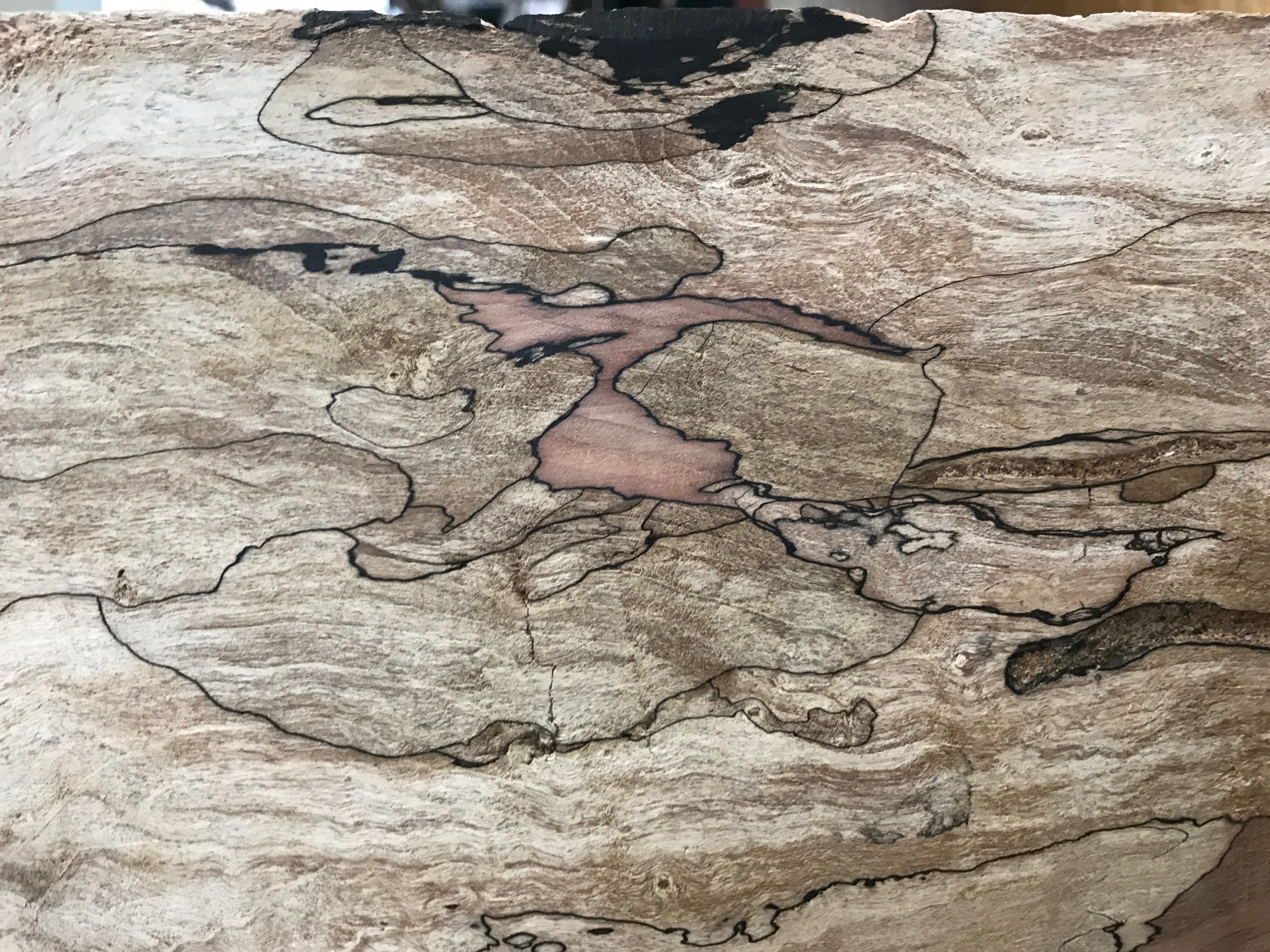 A while ago, we encountered a piece of spalted maple. It was beautiful. It had a bunch of squiggly black lines, some of which enclosed blocks of color. It was really pretty. Never having really encountered it before we were in awe. A new kind of wood? Was spalted maple like birds eye maple, or quilted maple, fiddle back maple — what was it?!? We had to find out more.

Where quilting, birds eye, and fiddle back, are attributes of wood grain and how the tree grew, spalting (spoiling), is actually wood rot. It’s a fungal infection, the early stages of decay. It’s what comes before you have a brittle or pulpy useless mush. It’s what happens when fungi start to break down a once majestic tree to re-integrate it into the earth. Whoa?!?

Spalting is a naturally occurring process. It starts on freshly felled trees that are infected by fungal spores in our environment. Interestingly, there are fungal spores all over the place. We breathe them all the time. Leave a freshly cut piece of wet wood in a damp location, and it will start to spelt (i.e, rot). Pretty random, but that’s life — or rather death.

Enter the world of “Applied Mycology.” As it turns out, the squiggly black (or deeply colored) lines are the result of fungal colonies interacting with each other. They are barriers that colonies erect to forestall the incursion of other colonies into their territory. The colors on the other hand are specific to different species of fungi. There are red, blue, green, yellow, and brown colorants that different species produce that bind with the wood.

So, what does all this mean? The pretty spalting patterns in wood are a graphic depiction of epic battles for resources between fungal colonies; each competing with the next trying to to consume the sugars and cellulose in a piece of wood. Therefore, one can specifically inoculate wood with fungal species to achieve certain effects — within reason. Put a couple of colonies of fungi of comparable aggression beside each other, and they’ll make patterns. Pretty cool.

What this also means is that any (palatable) wood given the right environmental conditions can be spalted — even kiln dried milled lumber.

We didn’t arrive at the preceding insights through our own brilliance.  A couple of weeks ago, we spent the better part of a day with Dr. Sara Robinson, Assistant Professor of Anatomy of Renewable Materials at OSU’s Department of  Wood Science & Engineering. Sara (aka Seri), works at the intersection of Art and Science figuring out how to make wood prettier, cooler, and more functional.

So right now, we have our own little spalting experiments and fungal cultures going thanks to Seri’s guidance — but more on that later.